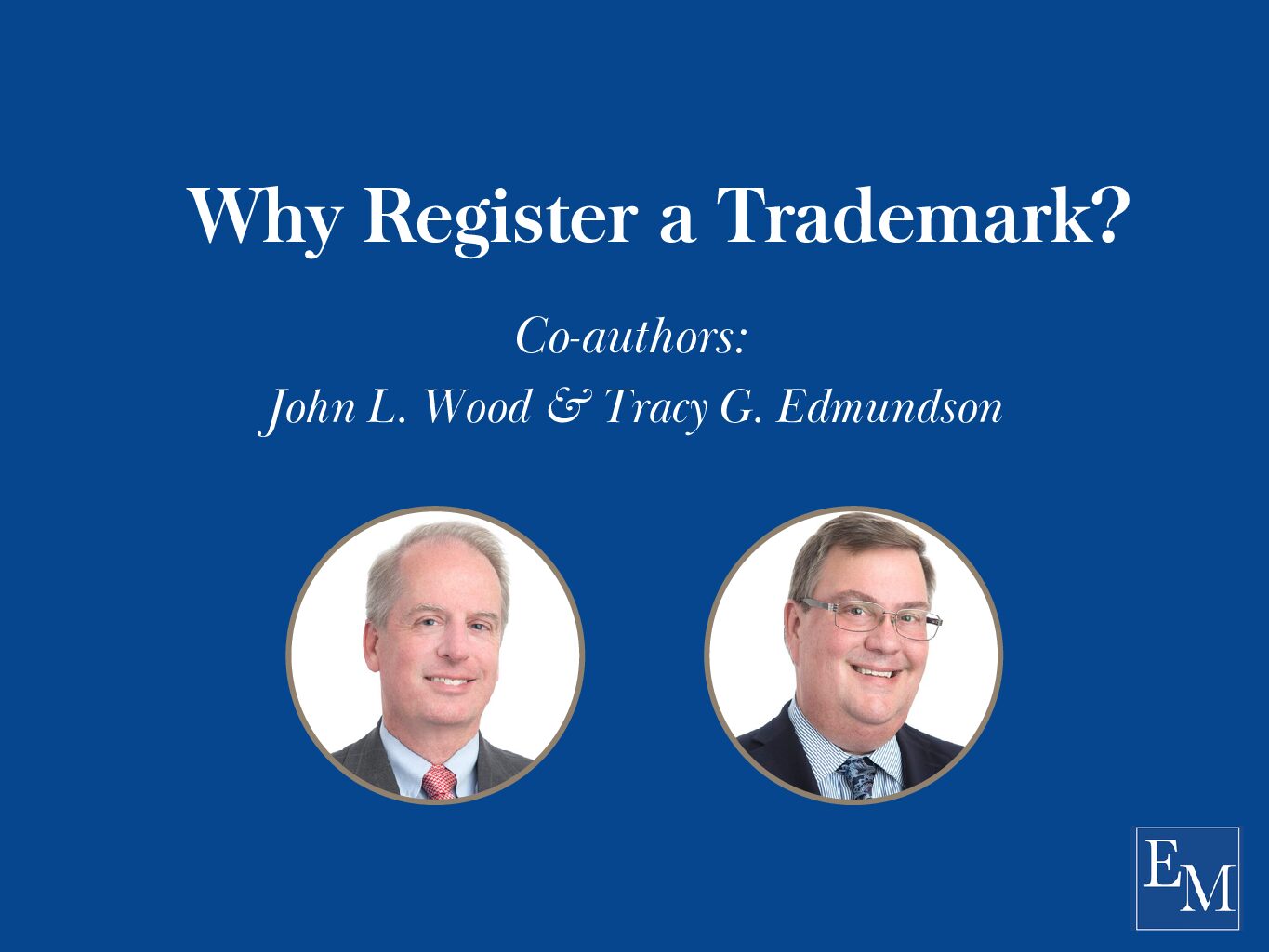 Why Register a Trademark?

(a) Nationwide Rights – Under U.S. common law, rights extend only throughout the geographical areas where the mark has actually been used or become known. A junior party in a remote location can adopt a senior party’s mark for identical goods or services and successfully defend against an infringement claim on the basis of good faith, ignorant adoption. Under these circumstances, the junior party can even claim superior rights in its own territory and prevent the senior party from expanding use into the junior party’s territory. However, if the senior party’s mark is federally registered at the USPTO, then the good faith, ignorant adoption defense is unavailable to a junior user in an infringement suit because the junior party is on legal, constructive notice nationwide.

(b) Federal Jurisdiction – The federal registration at the USPTO creates federal question jurisdiction for infringement suits. Hence, a federal registration accords standing to institute lawsuits against parties in federal court. This can be a tremendous advantage. Trademark suits in federal courts minimize any prejudice that might be experienced by a litigant who is foreign to a particular geographical region. Moreover, the outcome of federal trademark suits is more predictable than in-state trademark suits because of the extensive federal case precedent that has developed over many years.

(c) Significant Value As Court Evidence – A federal trademark registration can be strategically useful in court. First, a certificate of federal registration is prima facie evidence in a court of law of the registrant’s ownership right and exclusive right to use the mark throughout the territories of the United States. Second, the registration certificate is prima facie evidence in a court of law of the registrant’s continuous use of the mark in commerce from at least as early as (1) the filing date of a “use” application or (2) the alleged use date in an “intent to use” application. Third, many court cases have held that a federal registration is presumptive evidence that the mark, even if arguably descriptive, is distinctive. The rationale for this presumption is that the mark has been determined to be registrable by the expert administrative agency, or the USPTO. This possible presumption may eliminate the need to prove secondary meaning in a court case. Finally, the right to use a registered mark may become “incontestable” in a court of law after five years of use, if proper documentation is filed at the USPTO. This incontestability eliminates important defenses from infringement actions, such as lack of distinctiveness and lack of secondary meaning.

(d) Federal Statutory Remedies – Federal statutes prescribe recovery of profits, damages, and costs, as well as equitable relief in the form of injunctions and seizure orders. Even treble damages and attorney’s fees can be obtained in exceptional cases.

(f) Customs Recordation – The federal registration can be filed in the U.S. Customs Service to prevent importation of goods bearing the infringing mark into the United States.